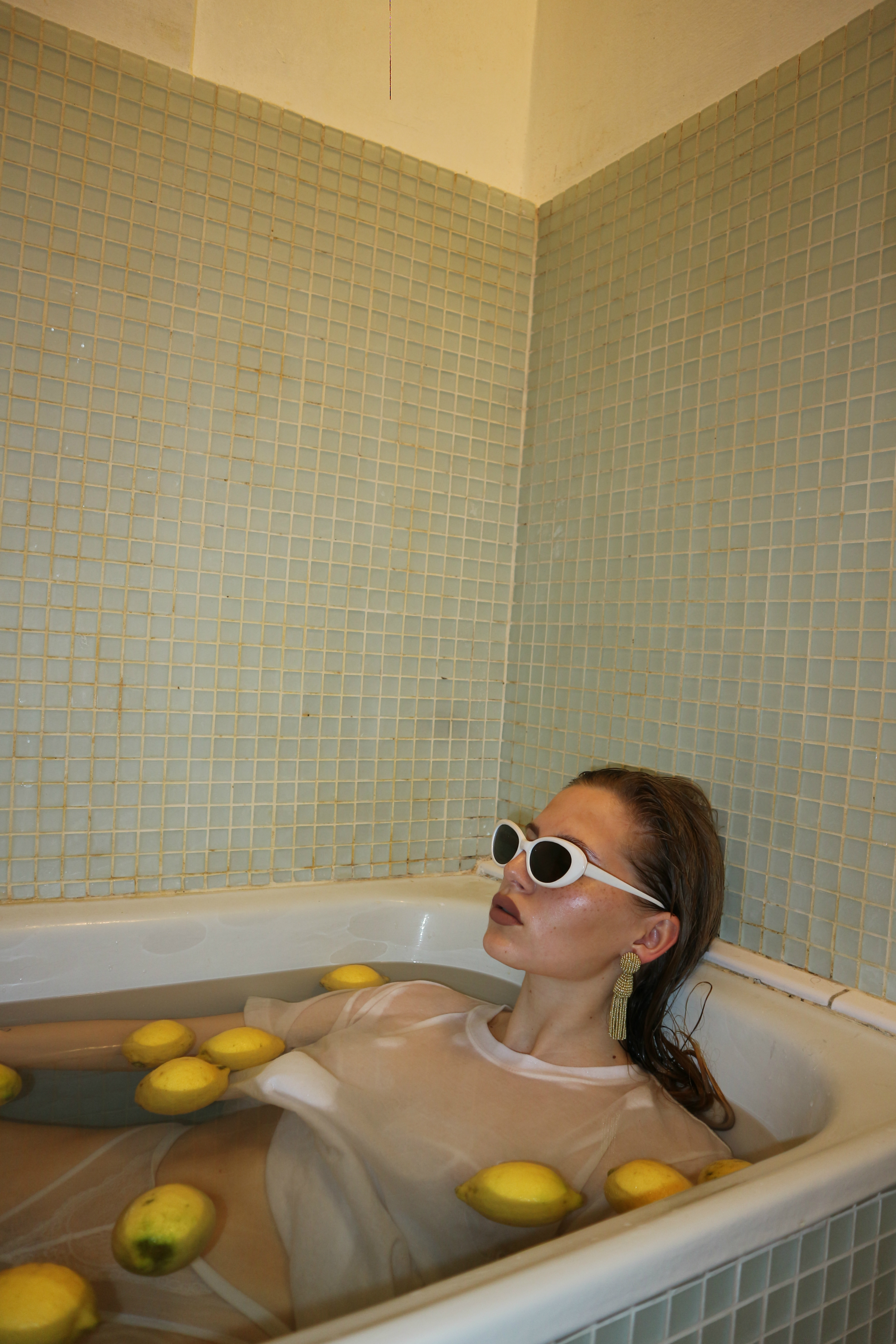 If you wait until the end of her Instagram Story, you can see Lotta Liina Lavanti always smiling. We talked about her Lingerie Inthusiasm, how she got managed being featured at Vogue and what she thinks about political statements on T-Shirts.

You have your online blog Lotta Liina Love and a running Instagram Account with the same name. How did you start blogging?

I think I started with Tumblr, like in 2011, that’s is ages ago. I just really like taking pictures or composing pictures with different outfits and details. I think the biggest thing for me was the work of a photographer called „Le 21éme“. I love how he documents clothes and I was trying to do the same kind of thing I guess, in some sort of way. I really like doing it as a hobby, not because blogging is the coolest thing people do these days. I personally really really enjoy it and I guess that’s what keeps it going.  As long as you stick to things that you love, it will keep going.

Talking about social media.What about your Lingerie enthusiasm? You seem to have no problem in posting „naked“ photos or photos in underwear on

That’s actually a really funny question, because in person I wouldn’t describe myself as an outgoing introvert. I am not very open, I am not very social and stuff, but I feel like, I don’t know what it is but I just really love underwear. And I feel like really comfortable in it and I like to share that with people. I had some people come to me, asking if I do soft porn. I was like: „No, that is not what it is!“ What I do is not at all sexual, I don’t know if that makes sense, but it never feels sexual, it feels more like an art form. And that’s what makes me comfortable about it. There are a bunch of Australian people who do the same kind of thing and they do much more naked photos and that is kind of what I would like to go for. But I know that my parents and my grandma follow the blog as well and that’s why I hold myself back a little (laughs). That’s my personal boundary that I still don’t cross.

What means Beauty to you nowadays?

That’s a really tough one. I think beauty is confidence. It doesn’t matter what you look like or what you dress like, as long as you believe in what you are doing, the confidence is what makes everything great.

I think very important. People check your Instagram by the way they check your blog. It is a highly important thing to have, it’s like a new version of your business card, it’s like your portfolio. People decide in a couple seconds wether they want to work with you or not. It’s even a little bit to important, because it’s funny that you not just have to post cool pictures, there is also Insta Stories, so you have to keep posting so that people bet the impression that your regular day life looks really cool. It’s very very curried. None of that is actually that real, so there is a lot of high importance on it, when it isn’t actually that special. People can make their morning coffee looking ten times better than it actually is.

Where did you get the inspirations for your outfits and also for the arrangements of your photos?

For me, I wear whatever I like to. I mean you look at other people to see what they wear and then you find the inspirations from that. That is kinda how it comes I guess. Currently I love to look at the Copenhagen girls, because they dress themselves with lots of layers and different patterns. It used to be all black clothes, but now there are a lot of colors, layers and patterns – as long as you wear clothes that shouldn’t be put together, you’re are on the right side. A lot of risks are being taken in Copenhagen at the moment and it’s really paying off I think. Then I look at my own closet and I see what I could put together. It’s all about the community. It’s a lot more about other people than it it about fashion brands.

How did you managed being featured at Vogue?

I was at a flea market with one of my danish friends and the booth behind us was selling that Ferrari costume and it was for Halloween. I was just looking at it for hours at the flea market and I couldn’t get my eyes of it. I was thinking if I am ever going to wear it, because it was a boiler suit, but I just bought it and that was back in February so later in August lots of girls wore actually printed boiler suits, so now I think I did something really good because I kinda picked up a trend (laughs). That was the time I was being featured in Vogue and that was a huge milestone for me.

How important is political activism in the fashion industry for you?

For me, it’s a very very thin line. I mean it is a platform and you should do it, especially because fashion has turned to one of the biggest pullers in the world, fashion is  a bigger puller than food and food is a life necessity. Fashion is something people love but it’s not a life necessity. You can keep living without it. And I find it absolutely absurd that we consume so much that fashion is like caught in so many global problems, not to mention social issues and all that. I feel like fashion should be taken steps forward, however at this current moment with this whole like feminism and anti Trump. I feel like fashion companies just brand themselves as political not because they believe in the actions but because it’s profitable for them. It remains to be seen after the two or three fashion weeks. I mean if they do it for the correct reasons – great, but if they do it just for the profit, it’s more than absurd.

If you have the chance to change something in the fashion industry, what would it be?

It would be the pollution, caused by the fast fashion trends. You can easily have cool clothes for reasonable prices with zero waste. You just have to be able to think that way. People right now just want to make a quick dollar and that’s what I would like to change the most.